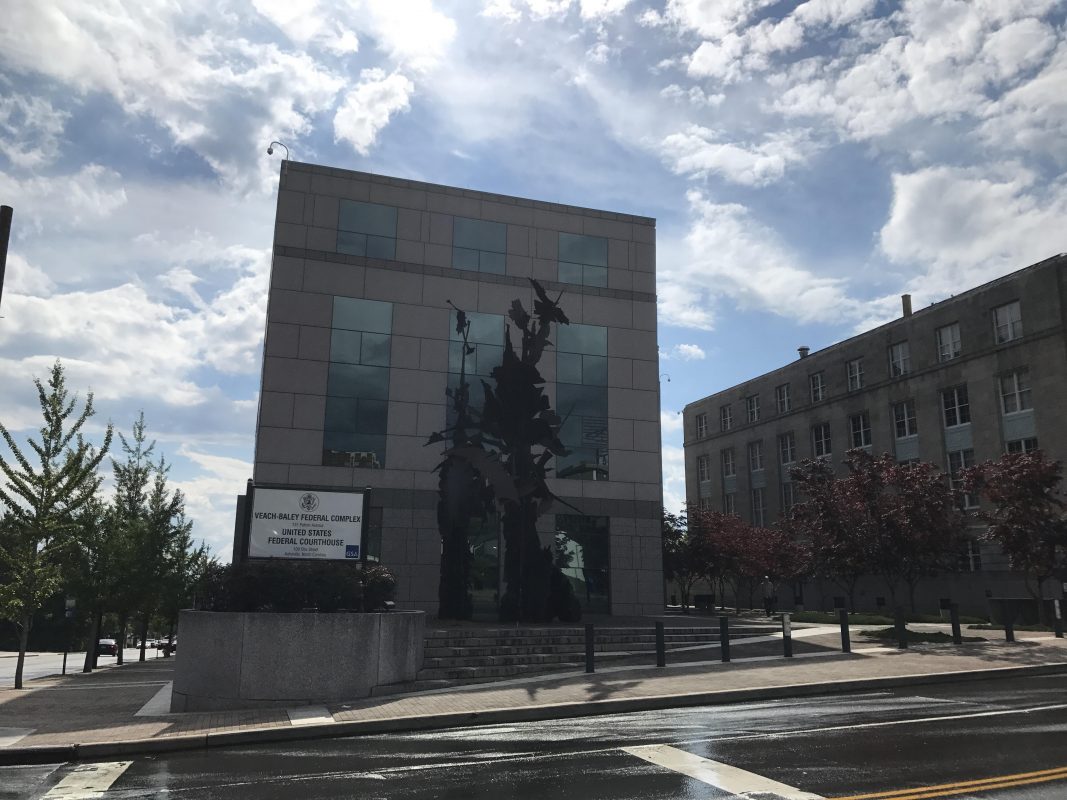 The federal courthouse in Asheville. The U.S. Attorney for the Western District of North Carolina criticized the “sanctuary” policies of sheriffs in Mecklenburg and Buncombe counties. File photo

Mecklenburg and Buncombe County sheriffs are endangering their communities and shielding criminals with their “sanctuary” policies, according to U.S. Attorney for the Western District of North Carolina Andrew Murray, who issued a statement Monday criticizing the two agencies.

Sanctuary policies are intended to protect individuals from deportation by the U.S. Immigration and Customs Enforcement, which some local law enforcement agencies perceive as pursuing people who have completed a sentence for any serious criminal action simply because of their immigration status.

But Murray suggested such policies have wider repercussions than just protesting federal immigration policies that local agencies may oppose.

“By ignoring federal immigration detainers and administrative warrants, and refusing to simply inform ICE officers when an unlawful alien who has committed a criminal act is due to be released to the community, the sheriffs of Mecklenburg and Buncombe counties prioritize the protection of criminal aliens above the safety and protection of our communities,” Murray’s statement said.

“Rather than uphold our nation’s laws, the sheriffs compromise the safety of the people they swore to serve and protect.

Murray pointed to the substantial volume of such cases from the two largest counties in his district, emphasizing the situation in Mecklenburg County, where he was formerly the district attorney.

“In 2019, the Mecklenburg County Sheriff’s Office failed to honor over 200 detainers issued by (ICE), which means that more than a couple hundred criminal aliens charged with criminal offenses were released back into the community,” Murray’s statement said.

“And those are the ones we can account for.”

But the local agencies do not see the situation in the same light as the U.S. Department of Justice under President Donald Trump, for which Murray works.

Miller and others have argued that ICE is on shaky constitutional grounds in this matter.

“ICE detainers are not valid criminal warrants,” the Buncombe sheriff said last year. “A warrant signed by a judicial official is necessary for an individual to be detained at the Buncombe County Detention Facility.”

Miller has also said that if a judicial official signs a warrant, it will be honored, even if it’s from ICE.

Murray, who is well aware of the positions that several local agencies have taken opposing honoring these detainers, called this view “extreme” in his statement Monday.

Asked about the timing of Murray’s statement this week, spokesperson Lia Bantavani told CPP that he has addressed the matter several times in public speeches, including about specific incidents. He also testified about the matter before the U.S. Senate Judiciary Committee in October.

Murray’s statement this week coincided with a statement U.S. Attorney General William Barr issued to the National Sheriffs’ Association on Monday. The U.S. Department of Justice also announced lawsuits against jurisdictions in New York and New Jersey over related policies.

Bantavani said Murray is “simply saying please notify ICE when releasing someone who has been charged with a criminal offense back into the community … just cooperate.”

CPP requested a comment from the Mecklenburg County Sheriff’s Office but did not receive a response prior to the publication of this article.

Frank Taylor is the managing editor of Carolina Public Press. Contact him at ftaylor@carolinapublicpress.org.