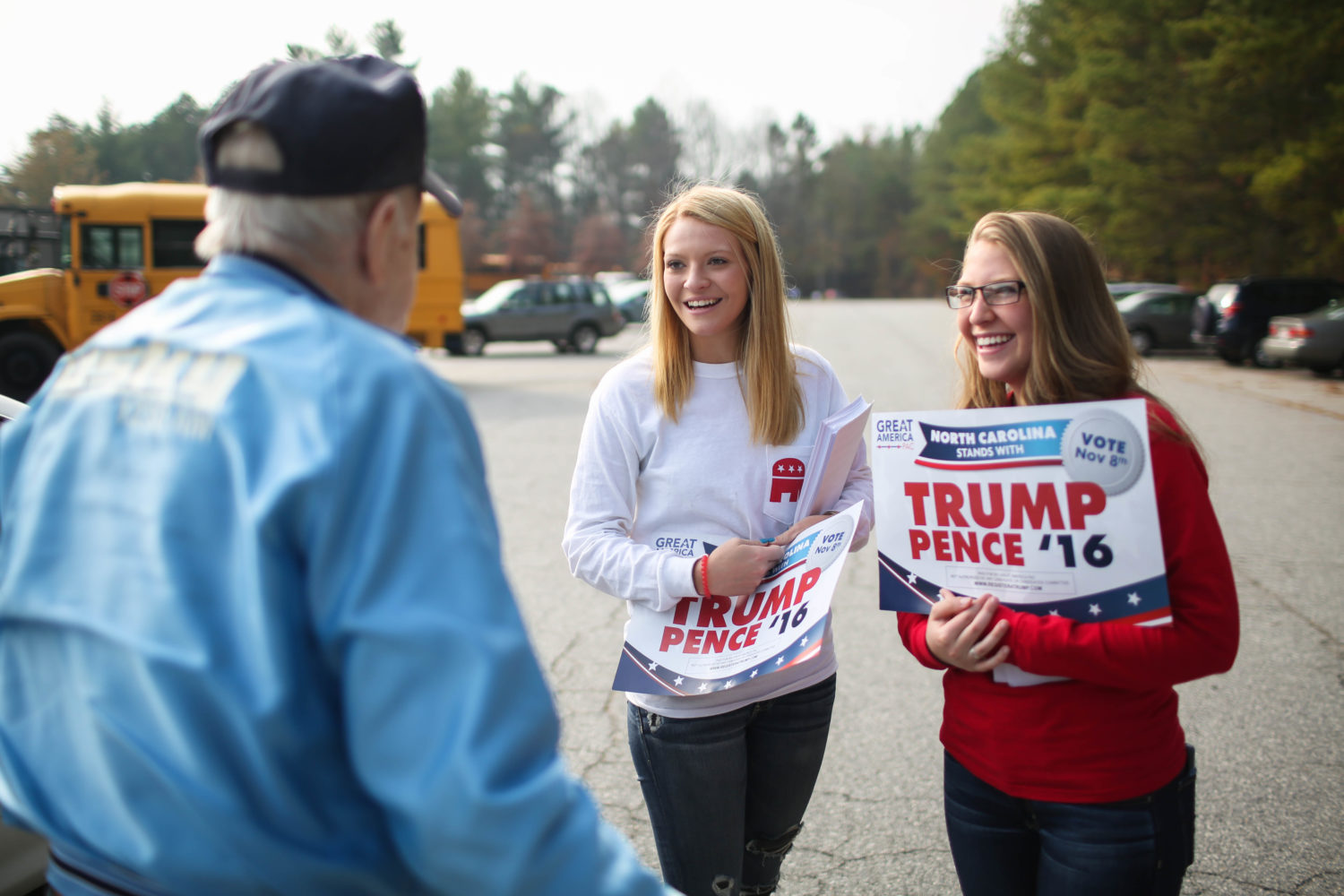 Supporters of Donald Trump do some last-minute campaigning just outside of the polling area at North Buncombe Elementary School in November 2016. Voters this year will decide on presidential candidates but also on candidates for Congress and the Senate, who have been asked their view on the impeachment of the president. Colby Rabon / Carolina Public Press

Carolina Public Press reached out to nearly 80 North Carolina candidates for the U.S. House and Senate to ask them how they would have voted or discuss how they did vote, or in the case of the Senate, how they will vote.

With less than two months until North Carolina’s March 3 primary election, most of the state’s federal contests have at least one partisan primary.

Candidates for Congress and Senate are running for election, even as the presidency is under the cloud of impeachment, the events for which began in August after a whistleblower filed a complaint after hearing concerns from several government officials about a conversation between President Donald Trump and Ukrainian President Volodymyr Zelenskiy.

The content of that conversation is summarized in notes from the call, made public late last year.

After weeks of investigations and interviews in various committees, the U.S. House of Representatives impeached President Donald Trump in December on two charges. The first article of impeachment is for abuse of power with the implied threat of withholding military aid as Trump tried to persuade Zelenskiy to announce a corruption investigation into the son of Trump’s political rival, former Vice President and presidential candidate Joe Biden. Trump and his supporters have denied that this conversation was inappropriate.

The second article of impeachment against Trump is for obstruction of Congress because Trump refused to comply with subpoenas from the various House committees, told executive branch officials not to participate in committee interviews and ordered others to withhold documents from the House’s investigation. Trump and his supporters have said this was also not inappropriate.

Where do the candidates stand on the impeachment of President Donald Trump?

To see what North Carolina candidates for US Senate and each US House seat said about impeachment, follow the links below: