A new report shows how much North Carolina’s economy stands to gain from expanding Medicaid. Authored by researchers at George Washington University, the report updates an analysis originally conducted in 2014.

The report estimates that the first year of expansion would bring nearly 25,000 new jobs to North Carolina as $2.85 billion in federal funds flow into the state. As eligible North Carolinians join the program over the next two years, the employment boon would swell to over 37,000 jobs statewide. 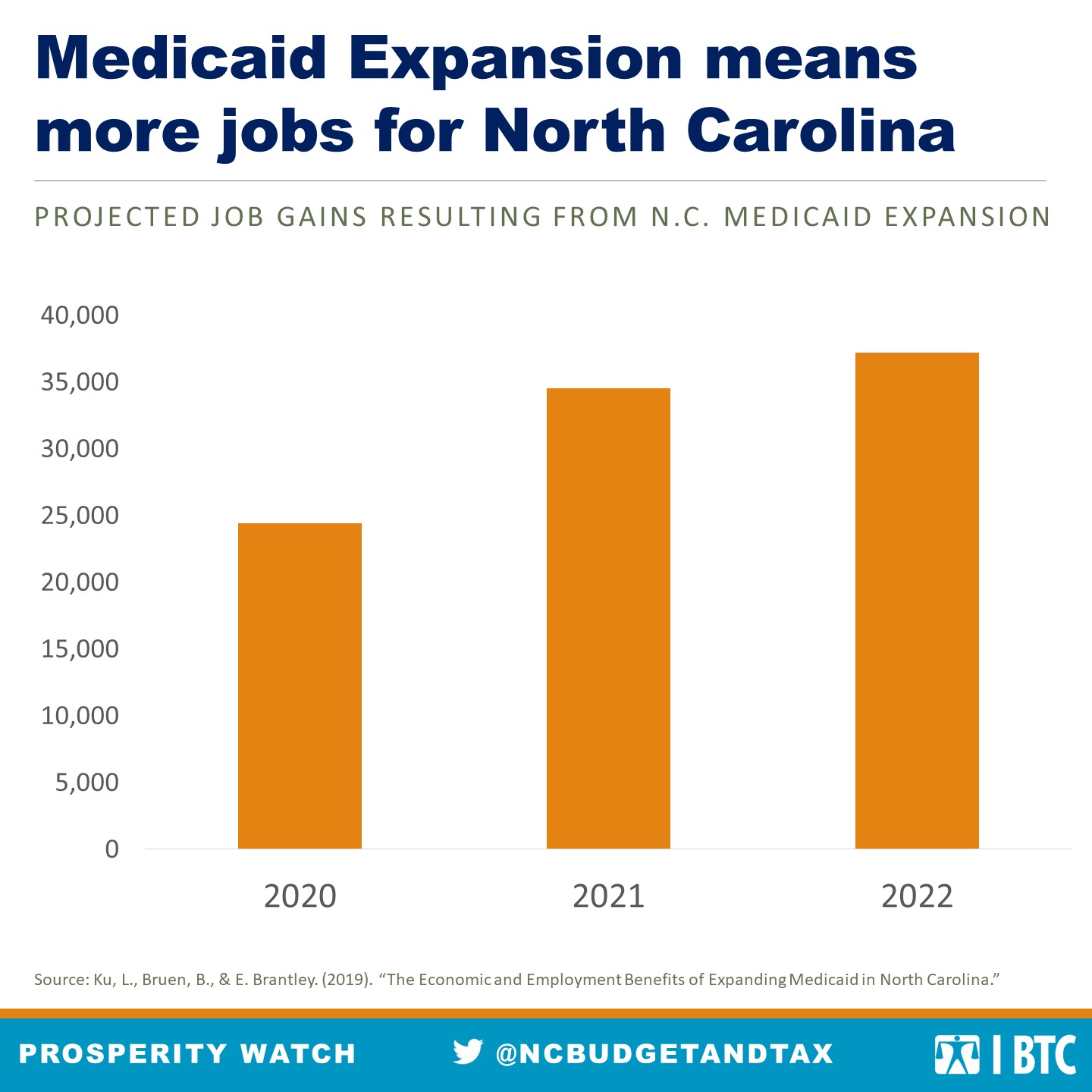 With the state only covering 10 percent of the costs, expansion is an incredibly good deal for North Carolina. By 2022, when Medicaid expansion could be fully phased-in, North Carolina stands to receive $4.7 billion in annual federal funding. That capital would support over in the broader economy as health care professionals spend their salaries on goods and services like housing, food, clothing, education, and recreation.

Beyond the jobs that stand to be created in all 100 counties, Medicaid expansion could put rural hospitals on firmer financial footing. Providing care to uninsured people places an enormous burden on rural hospitals, which provide care for a large number of uninsured individuals, and closing the Medicaid coverage gap would go a long way toward addressing this problem. Five hospitals have closed in North Carolina in recent years, and, without expansion, many more may follow. Nationwide, more than 80 percent of the rural hospital closures since 2014 have occurred in the handful of states that have not expanded Medicaid, clear evidence that expansion provides a vital lifeline to struggling rural health care facilities.

The real social and economic benefits of Medicaid expansion would actually be far more profound than those laid out in today’s report because it only examines the direct economic benefits of billions a year in federal funding for health care. The report does not address the multitude of long-term economic benefits for people, employers, and communities that come with ensuring that everyone has access to health care. Adequate health care avoids time lost to preventable illness, keeps workers in their jobs instead of tending to ailing family members, and allows people to grow more reliably over the course of a career. All of those benefits make Medicaid expansion good for North Carolina’s economic health.