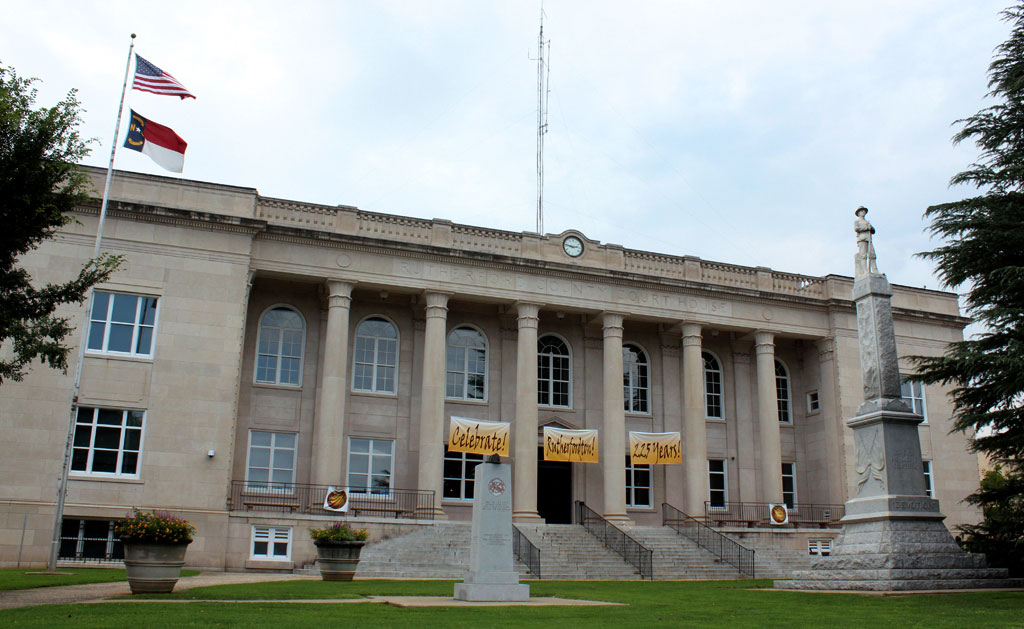 The administrative order was short and to the point, containing just two sentences, a signature and a time stamp from the Rutherford County Clerk of Court’s Office.

Pool also declared a mistrial for all pending civil cases in which he had heard some evidence in his district, composed of Rutherford and McDowell counties. The clerk’s office was unable to provide an exact number of cases affected to CPP last week but estimated two to five cases might be involved.

The Nov. 8 order, obtained by Carolina Public Press, brought a sudden end to a judicial career that began 20 years ago when Gov. Jim Hunt appointed Pool to the court in 1999.

Since then, voters reelected him several times, and he ascended to chief district court judge.

If members of the public were flummoxed by Pool’s sudden departure, they didn’t have to wait long to find out part of the reason.

Less than two weeks after Pool’s retirement, a Marion woman was charged with felony extortion after a consensual sexting relationship with Pool, according to an indictment filed Nov. 12.

Jennifer Tierce, 36, threatened to expose “sexually explicit texts and photographs,” which she said she and Pool had exchanged, the indictment said.

Tierce said she would send these items to the judge’s daughters, family and the news media unless he paid her $5,000, the indictment said, but it did not elaborate on whether the photos and texts actually exist.

The indictment shows that SBI agent Kelly Oaks led an investigation into Tierce, which she turned over to the grand jury.

The day before Tierce was served with an arrest warrant, she talked at length with the Daily Courier of Forest City about their sexting relationship. According to the Courier, she said they never became physical.

“The rules of the state bar prohibit us from making any comments regarding any witness in a pending investigation,” Bell said, referring to Pool.

Attempts to reach Pool were unsuccessful.

WLOS-TV in Asheville reported last week that Pool was under investigation by the Judicial Standards Commission for unspecified reasons, citing an unnamed source. CPP has been unable to confirm this.

The state’s Judicial Standards Commission handles complaints against judges, but its proceedings are confidential. Sharon Gladwell, spokeswoman for the Administrative Office of the Court, said she couldn’t discuss matters before the commission.

However, she did acknowledge that even if a judge is retired or has resigned, “the commission would continue the investigation.”

CPP also confirmed last week that the extortion investigation into Tierce had not led the SBI to investigate Pool.