Support for and confidence in the COVID-19 vaccine has grown dramatically in the last six months, according to a new Elon University poll released this week.

The poll, taken from March 30 to April 2, found 63 percent of respondents had already been vaccinated or plan to be.

When Elon began asking about peoples’ vaccine plans in October, only 33 percent answered “yes” when asked if they planned to be vaccinated when that became possible.

Those who are unsure or skeptical remain, however. In the poll 18 percent of respondents said they are not sure whether they will take the vaccine and 19 percent said they do not plan to do so. 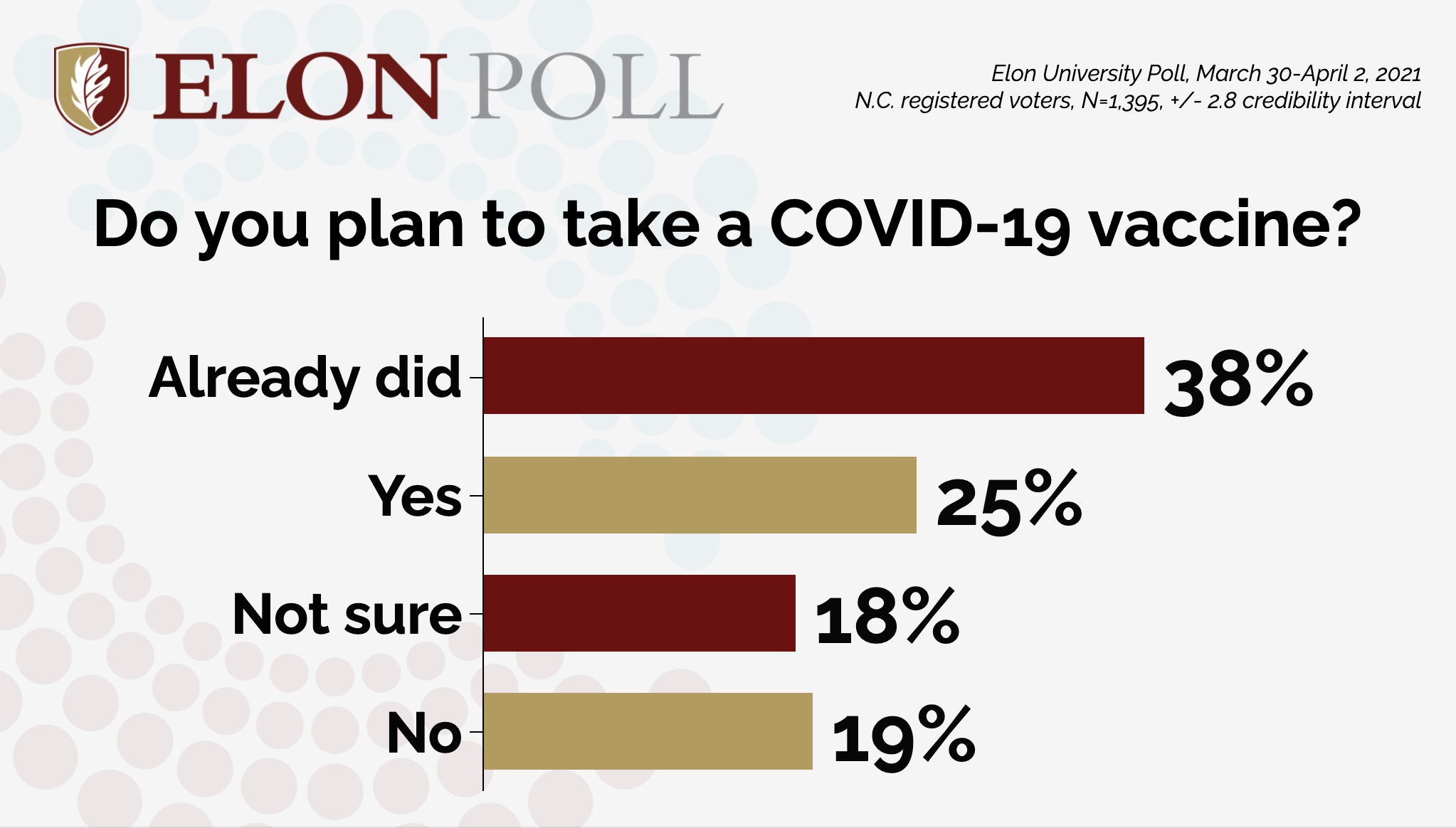 “The size of the group of residents saying ‘no’ to vaccines has consistently been around 20 percent for months,” said Jason Husser, director of the Elon Poll and associate professor of political science.

Across four surveys, Elon has found the number of people against taking a vaccine holding steady at about 20 percent.

“This continues to cast doubt in my mind about whether some herd immunity goals will be met throughout all regions of North Carolina,” Husser said.

While the poll found a split in attitudes by political party, a majority of both Democrats (76 percent) and Republicans (54 percent) were in favor of vaccination. Among those who belong to neither party, 57 percent were in favor.

Among those who have already been vaccinated, 92 percent said they are glad they took the vaccine.

The poll was a representative online survey of 1,395 North Carolinians. The overall results have a credibility interval of +/- 2.8 percentage points, according to information released by the school.

Read the full report, including more information about methodology, here.