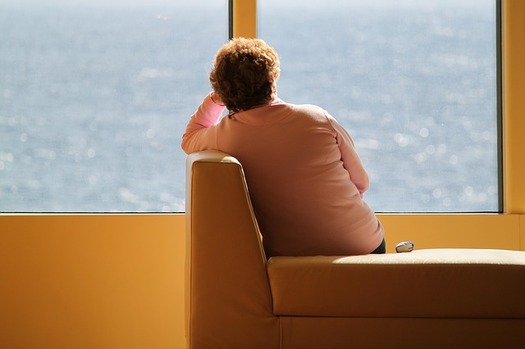 Age-related hearing loss is the third most common chronic condition in older people. If untreated, it can lead to depression, according to a new study. (cocoparisienne/Pixabay)

ALBUQUERQUE, N.M. – People often suffer from hearing loss as they age, and new research says that can lead to depression, especially if they isolate themselves from opportunities to socialize.

The study showed that depression levels increased based on the degree of hearing loss, said Dr. Justin Golub, an assistant professor at New York-Presbyterian/Columbia University Irving Medical Center. However, because most health insurance policies don’t cover hearing aids, he said many people go without.

“Say you’re 70 years old and you clearly have depression,” he said. “If you see a psychiatrist for depression, they’re probably not saying, ‘Hey, do you have hearing loss? Go check that out and get a hearing aid.’ I think it’s just not even on the radar right now, and we’re trying to put it on the map, because I think it matters.”

Golub’s team analyzed data collected from a Hispanic Community Health Study, which included more than 5,000 people age 50 and older. He said hearing loss can be under-reported in the Latino community because of language and cultural barriers.

According to the U.S. Food and Drug Administration, more than 35 million American children and adults have some hearing impairment. On the positive side, Golub said, a law passed in 2017 called for the creation of a new entry-level category of hearing aid, now undergoing FDA approval.

It’s estimated that about 80% of people age 80 and older have some hearing loss, but Golub said only one-quarter of them wear hearing aids. He believes, however, that technology is changing outdated stereotypes.

“Youngsters are walking around with little computers in their ears and computers over their eyes,” he said, “and so, it’s much more acceptable to be wearing technology on your face – whereas about 20 years ago, it was not acceptable.”

In addition to depression, hearing loss is associated with several other diseases and conditions, including dementia and cognitive impairment.

The study is online at jamanetwork.com.