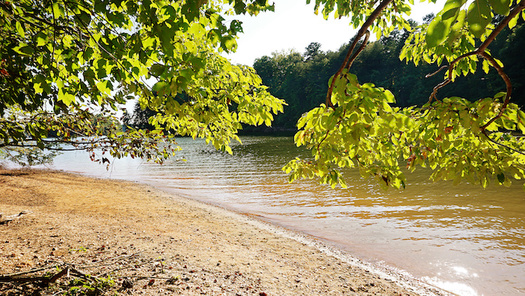 A coal-ash site and a coal-fired power plant both sit on Lake Norman. (Adobe Stock)

MOORESVILLE, N.C. — During a recent public hearing on the Environmental Protection Agency’s proposed loosening of coal-ash disposal regulations, Mooresville resident Susan Wind told agency officials she believes exposure to coal ash, which is widely used as structural fill in the area, likely played a role in her daughter’s thyroid cancer.

Lisa Sorg is an investigative reporter for NC Policy Watch who initially found state data documenting a higher-than-normal number of thyroid cancer cases among young women in Mooresville, specifically in areas near Lake Norman. She said the cancer is usually seen in women in their 40s and 50s.

Earlier this year, Republican state Sen. Vickie Sawyer of Mooresville introduced Senate Bill 328, which would prevent coal ash from being used for structural fill without a permit from the state Department of Environmental Quality.

Sorg observed that while no definitive link has been made between the presence of coal ash and the increase in thyroid cancer cases, a large coal-ash site from a Duke Energy power plant is located on Lake Norman.

“Coal ash was used a lot as structural fill. And what that means is that coal ash was used to maybe fill in parking lots or to amend soil, and that was used a lot in that area because there’s a lot of coal ash,” she said. “But the studies that have been ongoing are trying to find out if there could be other factors as well. They’ve been testing household dust and drinking water, and things like that. So we don’t know.”

Sorg said it’s important for community members to get involved if they suspect environmental toxins might be causing health problems in their area.

Researchers at Duke University have released early results from a study showing some connection between levels of radon gas and radioactivity in soil – which could be the result of coal ash – and the thyroid cancer cases.